As we approach the summer, we complete the busy spring auction season and trade show schedule with tremendous sales and strong buying at the auction, retail and dealer level.

Over the last decade, global investors have come to appreciate and value the rarity, consistency and long-term growth the colored diamond market has to offer and are increasing their asset allocation towards this rare asset to protect themselves from the coming storm of excessive debt, currency volatility, low growth and geopolitical volatility.

Over the last two recessions, colored diamonds have been one of the few assets to maintain their value and show strong signs of stability, growth and consistency.

They are becoming an important holding for investors to hedge their hard asset portfolio and give them some additional privacy and portability in their long-term holdings.

In this issue, we discuss the results of the JCK Show in Las Vegas, the biggest trade show in the US, along with some of the risks in global financial markets as well as global economies.  We then move towards the positive sales activity in the rough diamond market combined with the declines in diamond production by value, which leads to a very favorable long-term supply and demand situation for important stakeholders in the market.  We complete this report with a very special offer for our rare and attractive featured diamond.

In the aisles of the JCK Las Vegas show on Monday, there was an optimistic mood about the market that we hadn’t seen for some time. There was a sense among the vendors I spoke with that jewelers are starting to adapt to meet consumers’ changing needs, or are at least working on a strategy that will enable them to do so in the medium-to-long term. 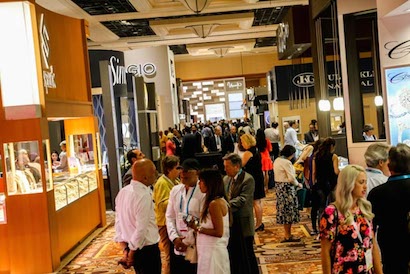 And it seems those jewelers are in Las Vegas looking for goods. “Fewer, better customers” was how one exhibitor summed up his day’s work while locking up at the show’s 6 p.m. closing time.

Diamond and jewelry suppliers have to fight for their business in the same way that retailers have to be proactive to maintain a relationship with their customers.

Beyond that, the JCK show, like most other trade shows, is more than ever a test of exhibitors’ (i.e., suppliers’) ability to differentiate their service and offer something unique to retailers, who in turn have to satisfy consumers’ need to express their individuality.

Maron Rosen, who heads bridal and jewelry merchandising at Stuller, ranked personalization among the top trends to observe in the second half of the year, declaring it a market characteristic that was driving Stuller’s product offering.

Stuller, the largest wholesale distributor in the US, is giving retailers options in terms of metal weight, the size of a design, and the ability to apply it to a range of pieces — necklaces, bangles or earrings — at different price points, Rosen said.

The customization route is an answer for retailers who want to present something unique while also providing an added-value experience. The trend has also presented an opportunity for some niche technology providers, with the “Gems Interrupted” panel at the show’s opening press conference featuring some cool and innovative products.

While those innovations provide outsourced tech solutions, jewelers today need to be as tech-savvy as they are knowledgeable about their gem products. In fact, whereas aspiring jewelers used to focus on developing gemological expertise, young people entering the industry today need to have their tech skills in place before they acquire that background, Pollack said in a panel discussion about how small businesses could leverage their position in the market.

There is still great opportunity for jewelers servicing their communities, according to the panelists. Those who can mesh their gem knowledge with the tech-savviness the younger generation brings, and at the same time show their involvement in the community, have a good chance to restore growth, said Amy Marino, vice president of brand marketing experience and partnerships at American Express.

At the very least, initial trading at JCK Las Vegas suggested the industry was acutely aware of the issues driving that disruption, and businesses are starting to understand how to navigate those changes. Their strategies require a break from the traditional way of doing business — something they appear to be implementing, setting a positive tone for the show.

Risk In The Global Economy

There is no way in the world that we are anywhere near “full employment”.  I hear from people all over the country that say that it is exceedingly difficult to find good jobs where they live.  And according to a brand new report that was just released, the number of job cuts in May 2017 was 71 percent higher than it was in May 2016.

I don’t see how anyone can possibly claim that the U.S. economy is doing well.  Just prior to the last recession there were 26 million Americans on food stamps, and now we have 44 million.  We are on pace to absolutely shatter the all-time record for store closings in a single year, and the number of homeless people living in Los Angeles County has risen by 23 percent over the past 12 months.

But once again, it is a battle of perception vs. reality.  Their televisions are endlessly feeding them the message that everything is just fine, and most Americans seem to be buying it, at least for now…

The Fog of Markets 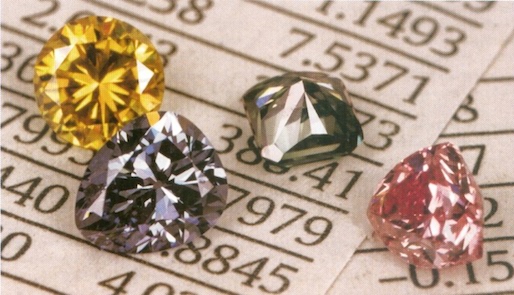 The seemingly unabated march upwards in stock prices occurring over the last eight years has had a mind-numbing effect on investors. The relentless grind higher is backed by weak fundamentals providing little to no justification for elevated prices. Indeed, if there was no justification for such valuations during the economically superior timeframe of the late 1990’s, how does coherent logic rationalize current circumstances? For example, feeble economic growth, stagnating corporate earnings, unstable levels of debt, income and wage inequality and a host of other economic ills typically do not command a steep premium and so little regard for risk. This time, however, is different, and investors have turned a blind eye to such inconvenient facts and instead bank on a rosy future. Thus far, they have been rewarded. But as is so often the case with superficial gratification, the rewards are very likely to prove fleeting and what’s left behind will be deep regret.

Despite our education and experience which teach the many aspects of the discipline of prudent investing, investors are still prone to become victims of the philosophy and psychology of the world around them. These lapses, where popular opinion-based investment decisions crowd out the sound logic and rationale for prudence and discipline, eventually carry a destructively high price.

Investors, actually the entire population, have become mesmerized by the system as altered and put forth by the central bankers. We have somehow become accustomed to believe that debt-enabling low interest rates make even more debt acceptable.  Ever higher valuations of assets are justifiable on the false premise of a manufactured and artificial economic construct.

Speaking at the Bloomberg Invest summit in New York, Bill Gross (of the recently merged Janus Henderson) who may or may not have been talking his bond book, issued a loud warning to traders saying U.S. markets are at their highest risk levels since before the 2008 financial crisis “because investors are paying a high price for the chances they’re taking.” Well, either that, or simply ignoring the possibility of all ETFs having to sell at once.  “Instead of buying low and selling high, you’re buying high and crossing your fingers,” Gross said. 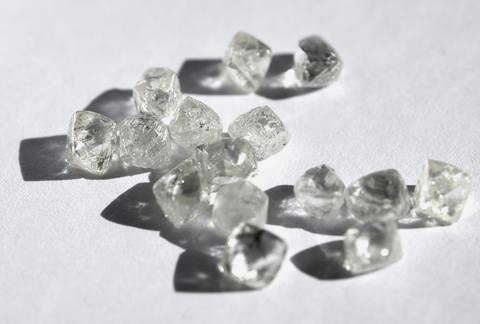 The three largest rough importers — India, the European Union (EU) and the United Arab Emirates (UAE) — saw double-digit growth in value, reflecting a resurgence in the rough market.  India imported $16.67 billion of rough, a 25% jump from the previous year, the data showed. Imports to the EU — which includes Belgium, one of the largest rough-trading hubs — increased 12% to $13.2 billion. The UAE’s imports rose 19% to $6.48 billion, while Israel’s incoming shipments grew 9% to $3.7 billion.

Global rough-diamond production fell by value for the second consecutive year as output declined in the two largest producer countries, according to data the Kimberley Process (KP) released Tuesday.

The total value of rough diamonds extracted in 2016 dropped 11% to $12.4 billion from $13.88 billion the previous year, the figures showed.
Global production value had already dropped 4.2% in 2015 — the first decline in three years.

In seven of the top 10 diamond-mining nations, production value declined for the year. Canada’s output fell 17% to $1.4 billion, and South Africa’s dropped 10% to $1.25 billion. Value decreased in Angola, Namibia and Australia as well, but rose in Lesotho, the Democratic Republic of Congo and Sierra Leone.