We continue to see tremendous activity at the auction, retail and dealer level for rare colored diamonds in the upper segments of the grading spectrum, as supply is tight around the world and buying shows solid activity.

Dealers have been slowly increasing their inventory in the second quarter in anticipation of trade show activity in Hong Kong and Las Vegas, as well as the increased sales at the retail level in the spring, which is always an important buying season.

Pink, Blue and Yellow diamonds in particular have continued to see strong buying around the globe and with increased concerns because of overvalued financial markets, staggering debt and geopolitical uncertainty, smart money is increasing their rare hard asset holdings and increasing buying momentum in the rare colored diamond market. 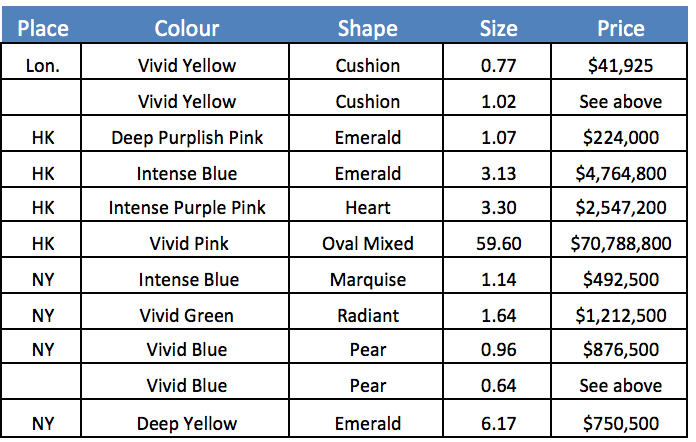 The spring auction season has already shown very impressive results, with almost $116million in sales at Sotheby’s Magnificent Jewelry auction.  The most expensive diamond ever sold was purchased there for almost $71 million, a new record price for a colored diamond.

Sotheby’s New York Magnificent Jewelry auctions achieved sales of almost $30 million, including a vivid green for $1.2 million and a beautiful Deep Yellow for $750,000.

Below are some of the highlights from Sotheby’s New York and Hong Kong auctions, along with a pair of vivid yellow diamonds in London. 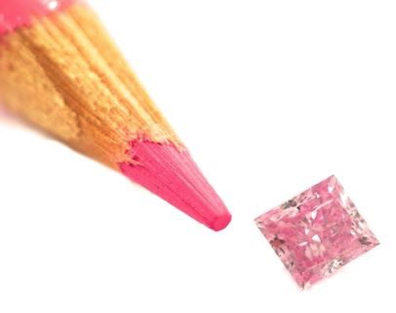 For the world’s super-rich, the investment of choice is increasingly a very rare naturally pink diamond, an asset class that this year has set records at auction.

Tobias Kormind, managing director of 77 Diamonds, which has a shop in London’s Mayfair district and sells online, says the trend for coloured stones has gathered strength as the world emerged from financial crisis.

“Very savvy investors clocked on to the fact these coloured stones are so incredibly rare,” Kormind told Reuters Television.

Naturally coloured diamonds occur because of a particular lattice structure, formed when they were created at great pressure in the earth’s crust, that refracts light to produce coloured rather than white stones.

Depending on their exact structure, coloured diamonds can be blue, yellow, red and pink, but pink is both rare and aesthetically highly prized by collectors, analysts say. 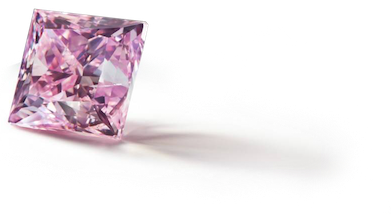 “Pink diamonds are not a bubble. There is a market. People are not just buying, but selling. There is economic sense to this,” Edahn Golan, of Edahn Golan Diamond Research & Data, said.

The source of an estimated 90 percent of the world’s pink diamonds is Rio Tinto’s Argyle mine in Western Australia, which has been operating since 1983, meaning its deposits are depleted. Rio says it is due to close in 2021.

Even at the Argyle mine, Rio says less than 0.01 percent of annual production (14 million carats in 2016) comprises pink diamonds.

It does not disclose how much the pink gems add to its balance sheet, but told Reuters in an email Rio Tinto’s Argyle pink diamonds have averaged double-digit growth for the last decade. 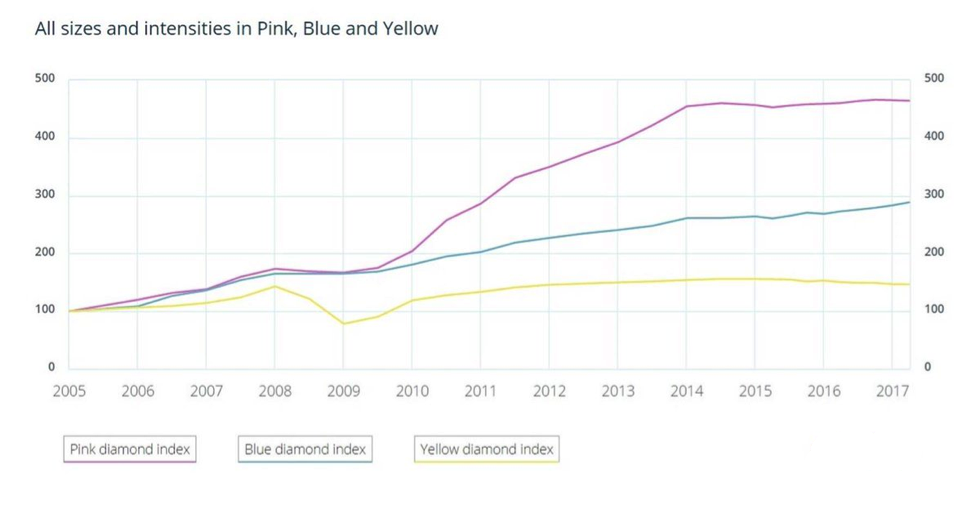 The most expensive category, the vivid pink index, shows an average annual price rise of more than 14 percent since 2005. Other pink diamonds have risen more than 13 percent per year. 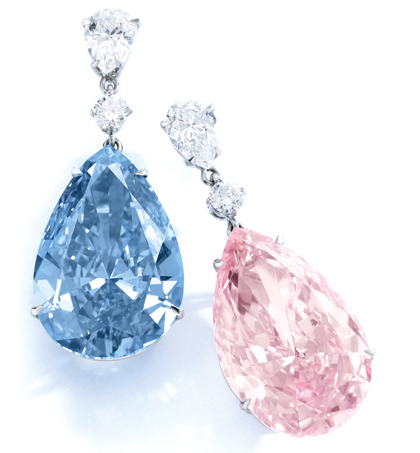 While the point of overall global debt is critical, what we would like to highlight is the staggering amount of debt instruments owned by central banks: as of the latest data, central banks own just over a third of the global tradable bond universe of $54 trillion, or roughly $18 trillion. How this amount of debt on bank balance sheets is ever unwound, i.e. sold – even with central banks’ best intentions – without crashing the bond market, we don’t know.

The staggering amount of debt owned by central banks will have far-reaching ramifications on currency valuations, equity prices and the real estate market.

It is becoming increasingly important to hold real tangible assets as a hedge against the global malfeasance of the debt markets in the coming years as positions are unwound and confidence is lost.  Investors forget how close the entire system came to imploding almost a decade ago and now the debt and derivative instruments are even larger than they were at that time.

With interest rates at historical lows, how are the pension funds around the world supposed to earn the rates of return they require to pay out the clients they cover?  They are coming nowhere close to the assumed rate of 7 % that they use and the unfunded pension liabilities are in the hundreds of trillions over the next 20-30 years.

As central banks cannot afford to normalize rates, something will have to give, especially with a handful of companies keeping the S & P 500, DOW and NASDAQ above water. 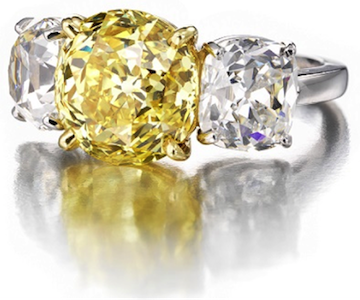 Just in the last two years, Brazil, Argentina, India, Turkey, Nigeria and Russia, to name a few, have seen the value of their currencies collapse by 30-70 % and inflation has grown at a very high rate in these countries.

The only real hedge against currency devaluation is real assets that have stood the test of time and maintained values relative to both currency movements and inflationary activity.

Colored Diamonds have been the ultimate hedge over the last decade, even more so than gold, as they have held their value during recessions, economic downturns, inflationary periods and during times of devaluing currencies.  With increasing sales at the auction, retail and dealer level, colored diamonds continue to gain a strong foothold in the minds of global investors.