Argyle Pink Diamonds: Rare Wealth in the Palm of Your Hand 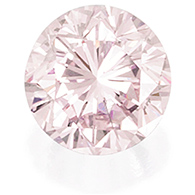 Colored diamonds are a rarity in the world as is, but within the color spectrum of diamonds pink holds a special place of rarity within an already scarce collectible. They make up roughly 0.03% of the global diamond production. They can be found in small quantities in Brazil, Russia, South Africa, Tanzania, and Canada. However about 90% of the worlds supply of pink diamonds come from a single mine in Western Australia called the Argyle mine run by Rio Tinto, a British-Australian multinational metals and mining corporation headquartered in London. From this Western Australian mine less than 0.01% of the diamond production is pink. From this pink production about 1% are considered “Fancy Pink”, the cream of the crop gems destined to become some of the world’s most costly diamonds.

The Cream of the Crop

The best stones are auctioned at the annual Rio Tinto Argyle Pink Diamond Tender, where people come from around the world for the opportunity to get involved with these rare diamonds.

The last tender saw a record 600 bids, Rio Tinto’s managing director Jean-Marc Lieberherr stated, “We are delighted with this result, which reflects the global appeal and enduring value for these increasingly rare and iconic gems.”

The Argyle mine is expected to close by 2020, and has already begun to see a steady supply decline averaging about 50% less in the last 6 years.

The average production over that 6 year period translates to a mere 140 carats of quality pink diamonds as the entire worlds global supply, nearly half of those stones selling at the private invite only Argyle tender each year. Making collectors and investors alike aggressively bid when given any opportunity to become involved with these gorgeous literally one in a million gemstones. 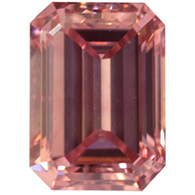 If we follow logical thinking, the impending closure of the mine in 2020 will make the stones even more worthwhile and sought after. At that point the prices will be dictated by stones that have changed hands 10 or 12 times, making the general price soar.

The Argyle tender itself is a great barometer for the direction pink diamonds are taking in the open market. The number of stones offered at tender usually fluctuates, but rarely as dramatically as they did from 2013 to 2014 where they dropped by over 12%.

Quantitatively this only amounts to a loss of about 7 stones from the previous year, however given that the general fluctuation is less than 3 this is a dramatic shift in the supply of fancy pink diamonds.

At public auctions where Fancy Pink Argyle stones are on offer, collectors and investors aggressively bid in an attempt to acquire these rare stones. “overall prices for Argyle’s signature pink diamonds have more than tripled since the year 2000.”

The index displays changes in average historic wholesale prices (per carat) of fancy color diamonds. Data points represent 1, 3, five and ten cts in clarities ranging from IF-SI1. The data was collected semi-annually until July 2014 and will be updated quarterly moving forward. For specific information on subcategories, please refer to the most relevant graph. The Index has been evaluated by the independent accounting firm Citrin Cooperman & Company, LLP for data integrity and algorithm consistency. Latest index price changes already represent current market prices. Changes in retail prices will lag wholesale price fluctuations by 3-6 months. January 2005 prices (per carat) are indexed to 100.

At the 2013 tender the record for the highest price paid for a Fancy Deep Pink diamond was broken by the signature Argyle stone dubbed the ‘Argyle Dauphine’ which was purchased for over $2 million dollars USD. 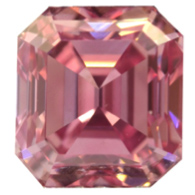 According to a diamond wholesaler and seasoned bidder who bought the Argyle Phoenix at last years tender along with another nine stones. “I expected to win more stones as I bid quite bullishly,” he said. “I have seen the demand for these rare and beautiful stones continue to grow over the past years. The perception that they may become extinct in the not too distant future is a factor.”

But it’s not just the act of being rare that drives owners of pink diamonds. The concentrated wealth draws those looking to preserve and grow wealth. Pink diamonds, not only retain their value over the long term, but they show a staggering return, even when compared to major equity markets.

Investors and collectors in the know have been diversifying into these rare collectibles for years. Only recently has the public been given the chance to get involved with these exquisite gemstones.

Newcomers into colored diamonds often make the mistake of thinking they need to purchase a 2-carat pink for upwards of $500,000 to be relevant in the active market. In reality, there is a strong market for quality Argyle pink diamonds at 1/2 to 1/4 of a carat.

From New York, to London, Antwerp, Geneva, through Mumbai, Hong Kong, Tokyo, and Sydney, Argyle pinks have become a significant selling platform for the diamond market.

Surprisingly most of these pieces are not six figure Argyle pinks, but rather the more affordable pieces starting at $15,000 to $20,000. The stones are so exceptionally scarce that regardless of size, an active market exists for these one of a kind pieces.

Contrary to what novice investors sometimes think, the smaller size does not diminish these rare gemstone’s natural value or exquisite beauty. 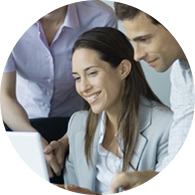 It’s not uncommon for collectors to fear the sometimes-daunting unfamiliar auction house as a main mode of activity for the colored diamond market. Contrary to that fear, rare Argyle gemstones do not generally rely on auction house clientele for consummating sales. In reality, dealer and private sales are far more common and ideal for many buyers looking for an active market.

With the mine closing by 2020 coupled with the ever-growing demand, there has never been a better time to acquire rare Argyle Pink diamonds. Coupled with an uncertain financial world, pink diamonds represent a piece of mind. Especially considering the volatility in global markets and the uncertain world we currently live in.

Sophisticated investors and collectors are eyeing color diamonds as we move forward, and have focused on the unparalleled advantage of owning pink diamonds. The biggest question isn’t when to get started, it’s why haven’t you gotten started yet?